So, we are done with the third day of Dreamforce 2019. The first day was all about the Keynote & some announcements, while the second day was packed with key sessions and Dreamfest. Day three was more than sessions and parties. It was focused on using business as a platform for change across equality, sustainability, and climate along with the most awaited conversation with President Barack Obama. Let’s have a sneak peek of #DF19, day three.

In one of the most interesting conversations of the day, we had a panel of business leaders discussing the importance of equality and the power of inviting someone to promote representation. The group of panelist were Deloitte Principal Tonie Leatherberry, Chairman & CEO of Adtalem Global Education Lisa Wardell, and CEO of United Airlines Oscar Munoz. The panelists shared stories of how they got their opportunity, how someone gave them a chance to help break the glass ceiling. Their experiences reaffirmed the power of mentorship and sponsorship.

In another discussion about food systems and climate justice, ag-tech journalist Louisa Burwood-Taylor led a discussion with restaurateur and Michelin-star, Netflix personality Chef Dominique Crenn, and food author, columnist, and educator Samin Nosrat. The discussion was on how to rethink the way we approach food systems to be more sustainable and equitable in order to control the growing amount of food waste and global hunger.

In a session about climate change, we had a Fourteen-year-old climate activist Alexandria Villaseñor, who shared her story on how she is working against climate change and attributing reform, awareness, and other successes to young people’s passion and consistency. We also heard veteran climate activist Xiuhtezcatl Martinez. Today’s generation is raising their voice against climate change and the movement to protect the climate has evolved as the crisis has expanded globally.

The show stopper of day three was the conversation between Marc Benioff, Chairman, and Co-CEO & President Obama. Taking about the key values Obama said, “Be kind. Be useful. Ask why not? Know you have the power to change things. Being a leader is identifying the power in others and unleashing it.”

Stay tuned for all the actions from the final day of #DF19. 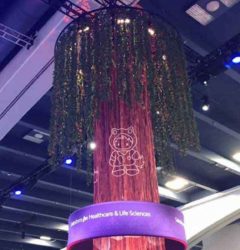 DataArchiva is Introducing DataConnectiva During D

Need for a Data Archival

The Best of TrailheaDX 2

For more info, please get in touch with us  contact@dataarchiva.com